The Diamond Head of Squamish.... 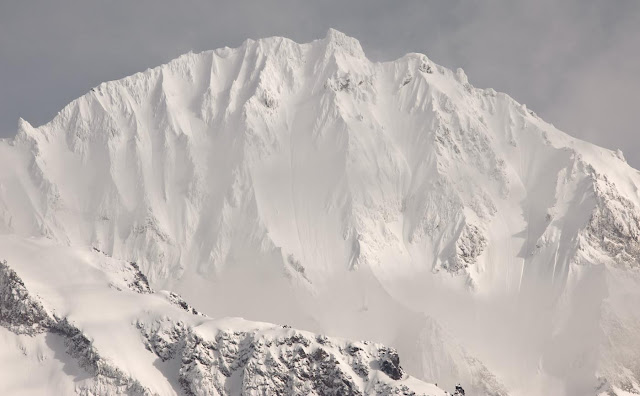 I've always been obsessed with volcanos. I especially enjoy spending time on, in and around them. I'm now fortunate enough to live in the shadow of the first one that grabbed my attention at a very young age. Everyone that rounds the final highway 99 corner just before Squamish is greeted by the impressive volcano that is Mt. Garibaldi. At 2775m it's not especially high but it does stand well above other surrounding peaks and rises up from Howe Sound at sea level. There isn't a morning that goes by where I don't finish a coffee without looking up at it (or the clouds surrounding it). It's kind of a local weather barometer that tells me if weathers on the way and without exception is the first peak to showcase the seasons first snowfall. It's become a tradition to summit it at least once a year! 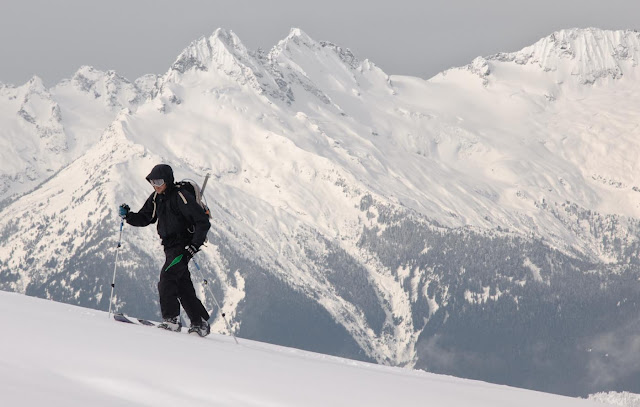 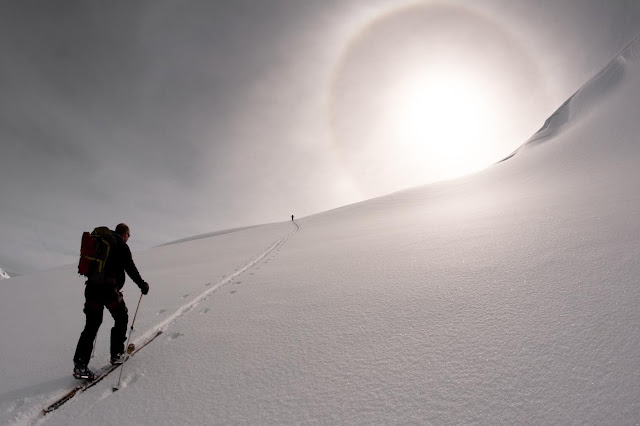 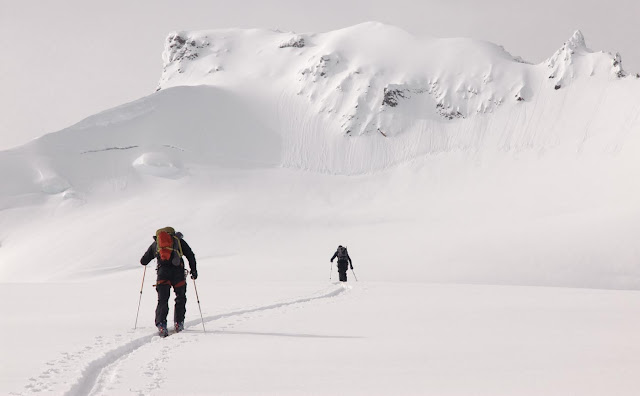 Last Sunday I was lucky enough to attack the mountain with three friends who all live in Squamish but never stood foot on Garibaldi's summit yet. Once on the Warren Glacier, Ross, Andre, Pat and myself all kept saying the phrase "I can't believe this is our back-yard!"

Weather was closing in so we moved quickly! 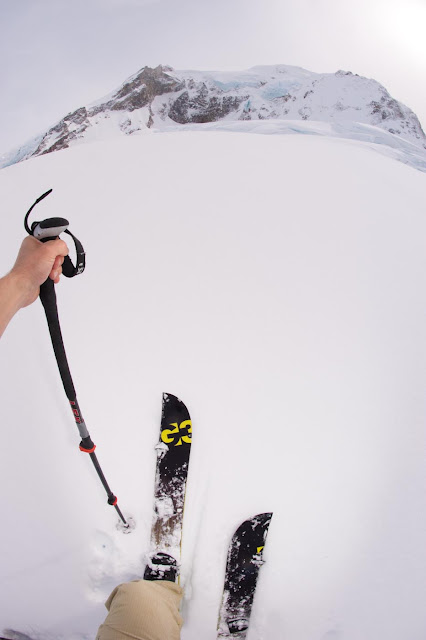 I got another chance to try out my new G3 Blacksheep splitty on my home mountain.... 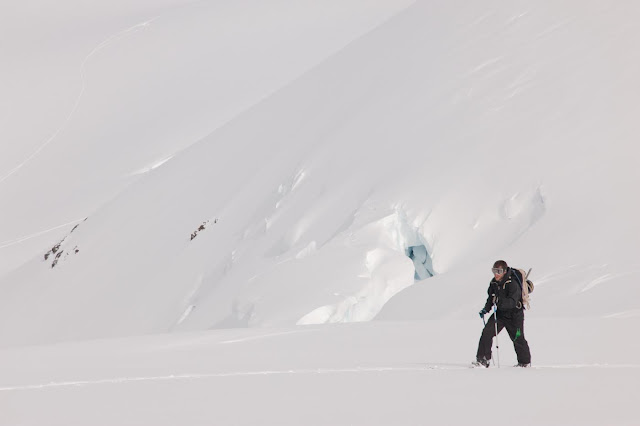 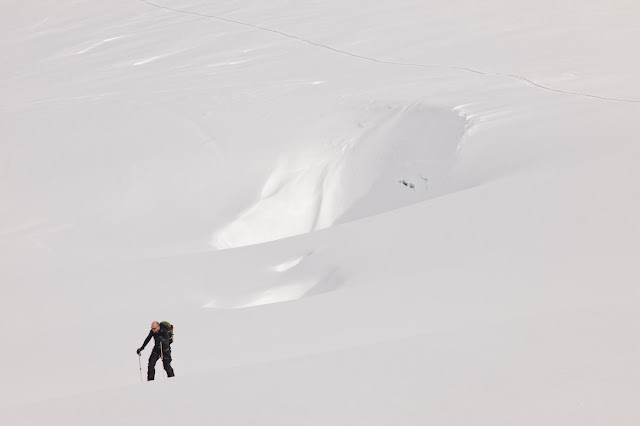 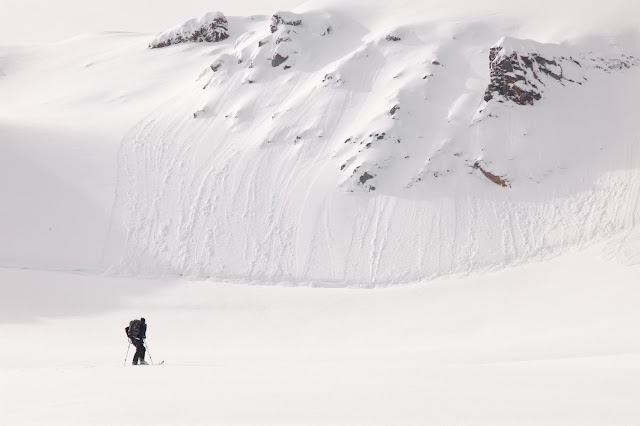 We we're the first party in a while so we broke trail in boot deep pow. 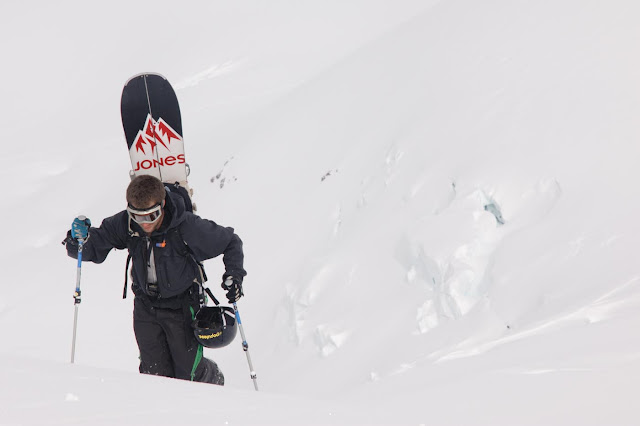 At the headwall we put in the final boot-pack and pushed for the summit. 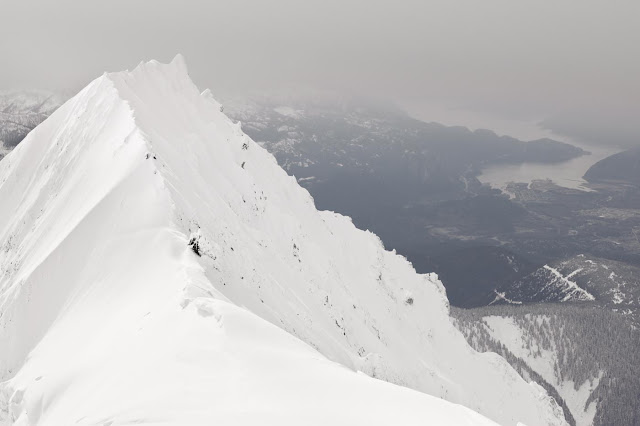 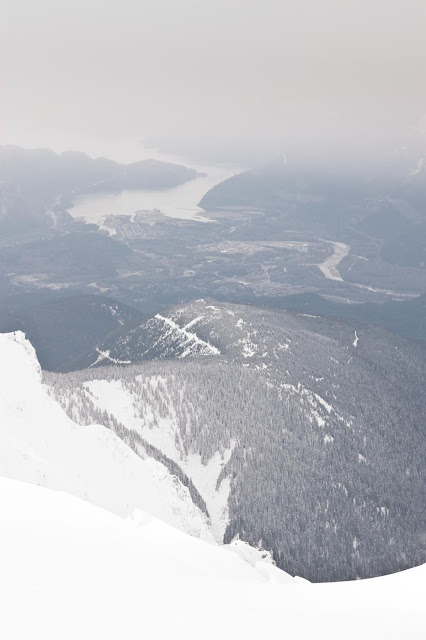 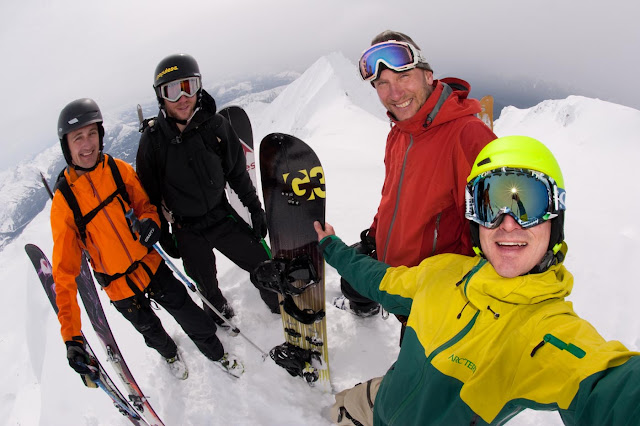 Somehow we lucked out with the cloud ceiling basically scraping the tops of our heads. 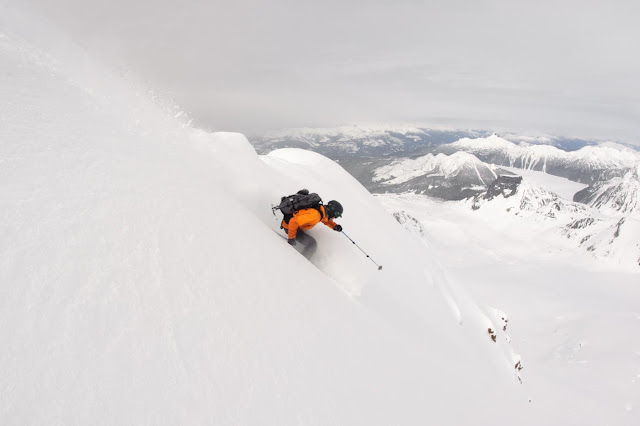 Ross drooped in high above Garibaldi Lake and the Table. The mountain was kind to us and gave us unreal pow conditions on the entire descent! 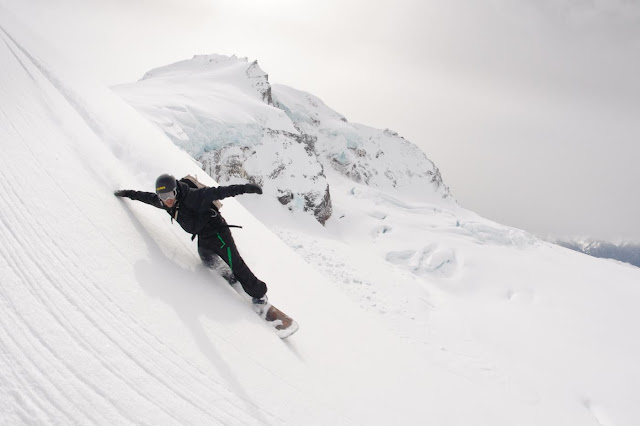 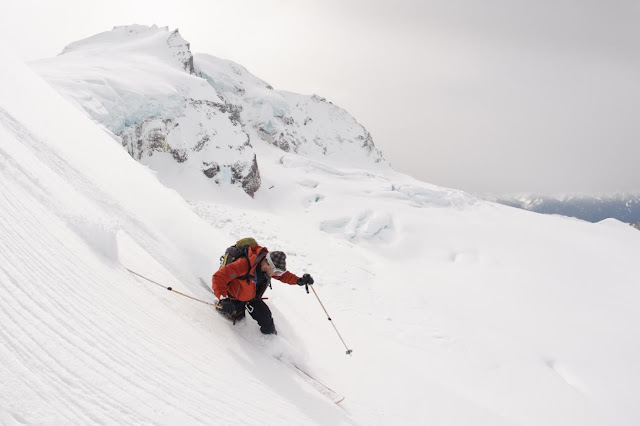 Andre on Strugglesticks.... (although it didn't look like much of a struggle) 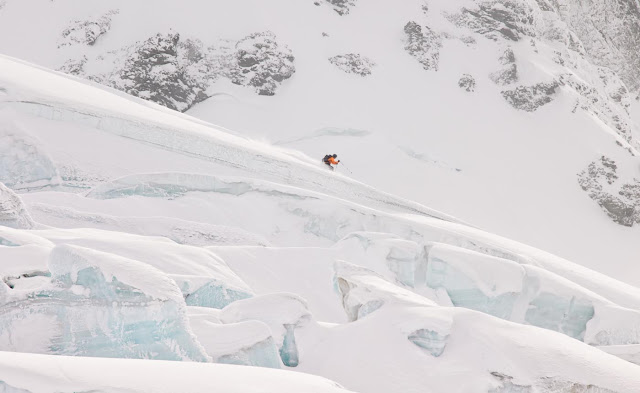 Ross found some scenic lines on the lower icefall. 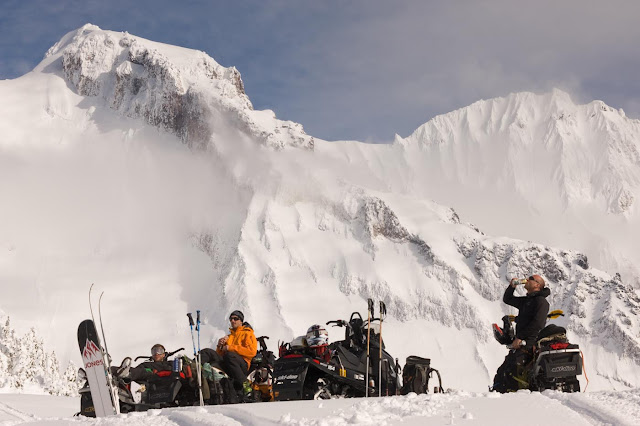 Back at the sleds the skies cleared and we basked in Garibaldi's shadow.... 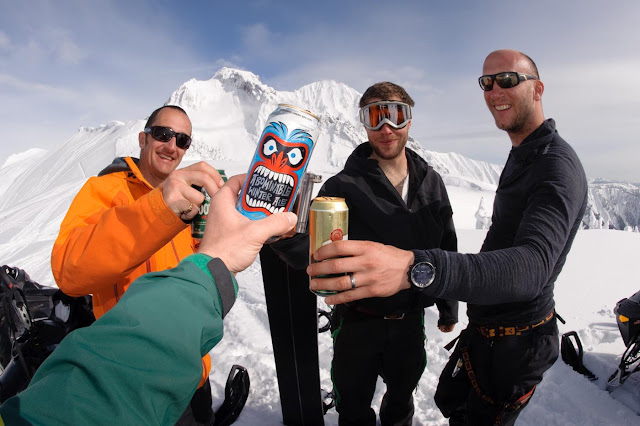 Cheers to Squamish!
Posted by Pat Mulrooney at 7:13 PM