Back in the Upper Lillooet! 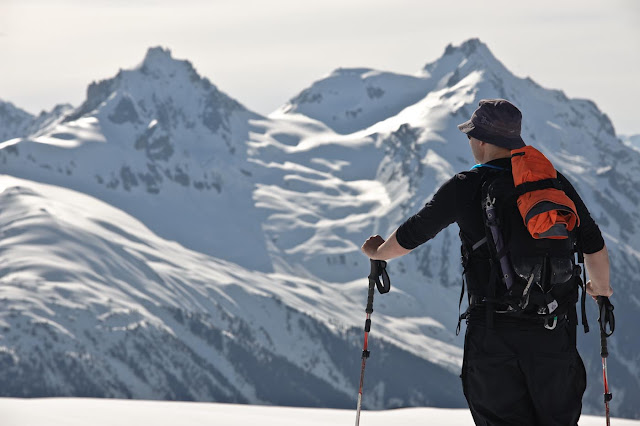 With the May long week-end approaching and the possibility of the Hurley being plowed Andy and I were hoping to get into some of the goods up there. Late in the week it became obvious the deep May snow-pack was winning the battle and we'd have to wait some more. With the forecast crapping out we opted for a day trip in the Upper Lillooet with Niall joining us as well. We had our doubts about how far we could make it in there as well but found a recently plowed road that got us up to 850m on the south side of the River. Slideshow 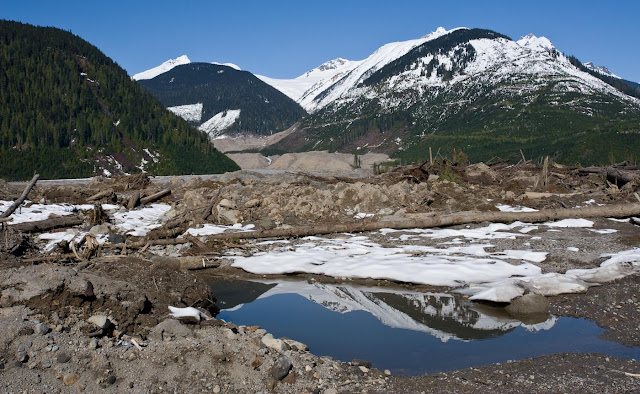 This was the first time we'd been up to see the devastation from the Capricorn Creek landslide that released off Cathedral Mountain back on Aug 6 2010. Impressive doesn't quite describe it! 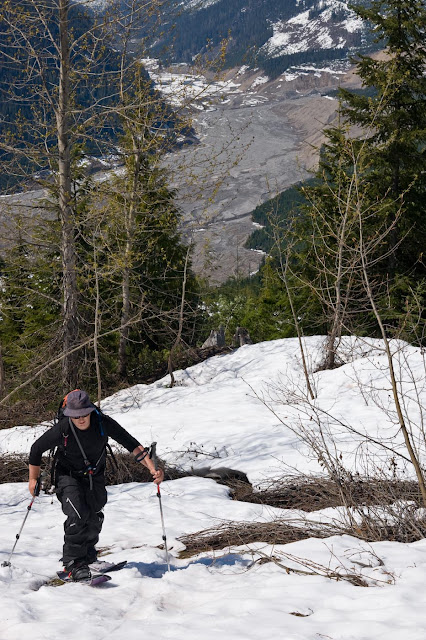 So we set off from the truck skinning and not boot-packing. 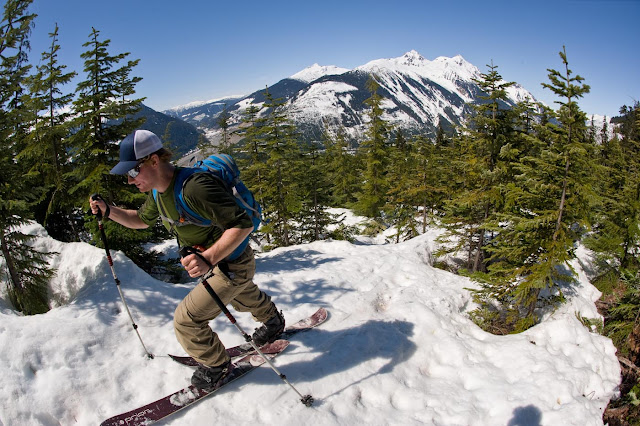 Clear-cuts and soft snow made for easy travel. 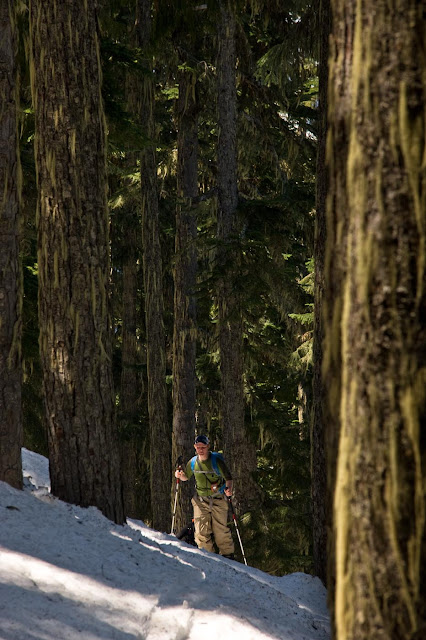 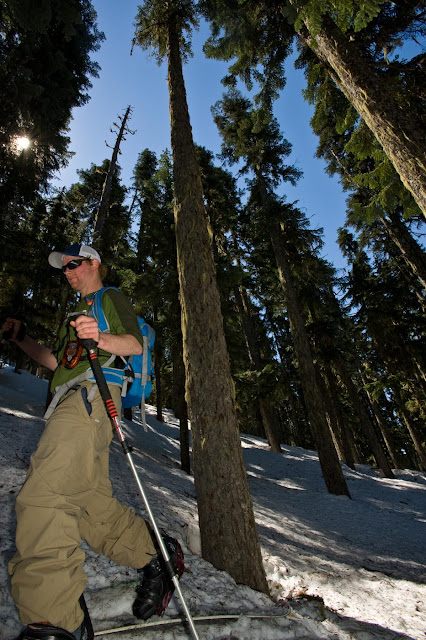 Soon after we entered the old growth forest that would lead us up a ridge towards Blockhead and Spindrift mountain. Typical Pemby moss and steep slopes. 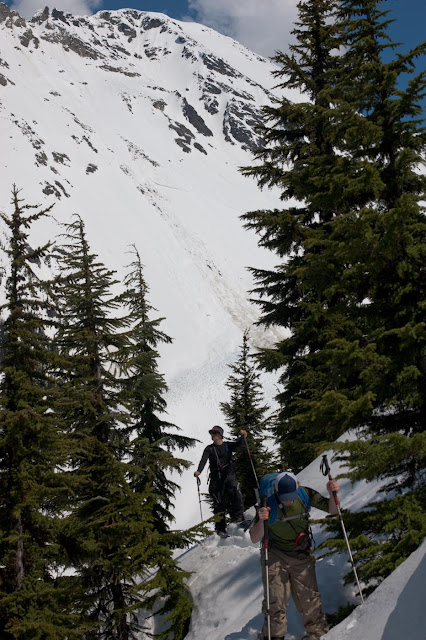 When we arrived at a spot where we could get a view of the glacier that led up the valley it became apparent the heat would be an issue. The south faces were going off with massive debris all over the route up. There was no way we wanted to be down there. 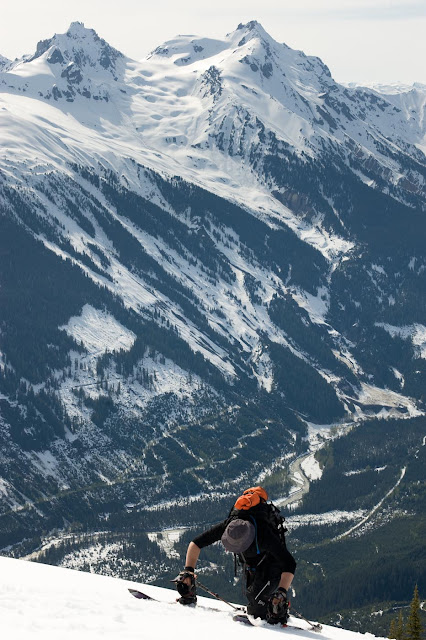 We decided to re-gain the ridge and climb Spindrift Mountain. A new zone was appealing! Incredible views of the Meager Range and beyond came into sight. 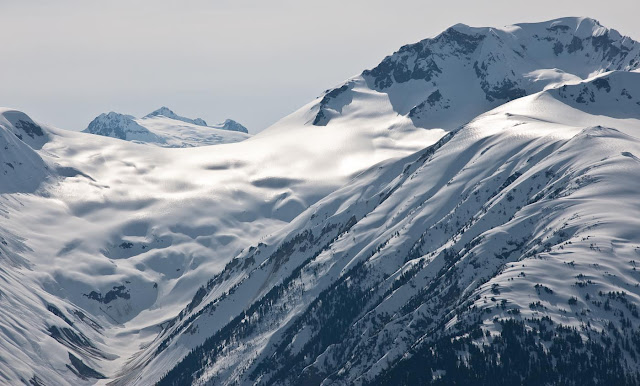 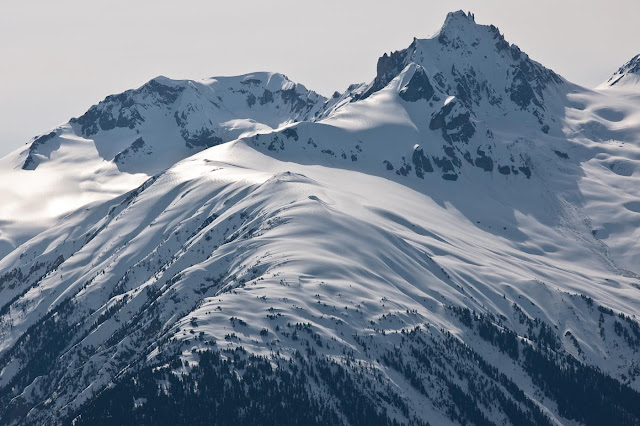 Cathedral Mountain and the starting zone of the landslide. 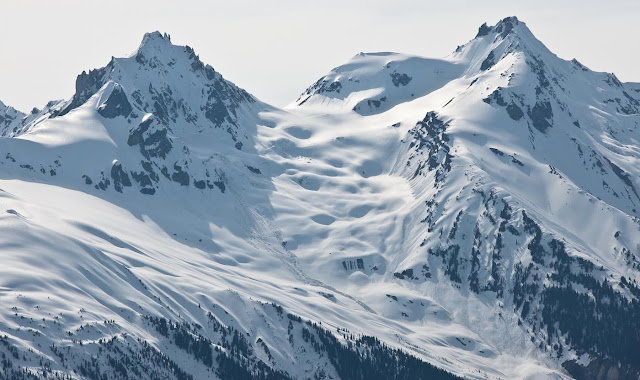 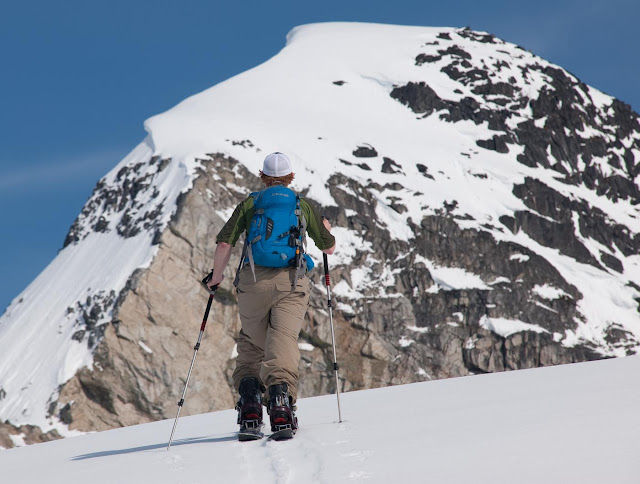 Spindrift turned out to be pretty impressive. Lot's of options for next winter! 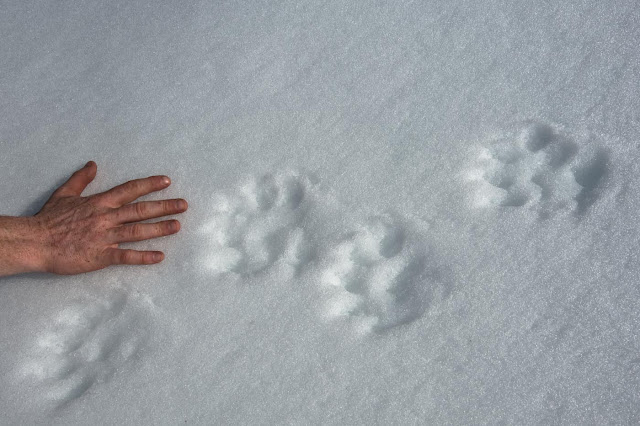 Wolverine's like the area as well. We must have just missed him! 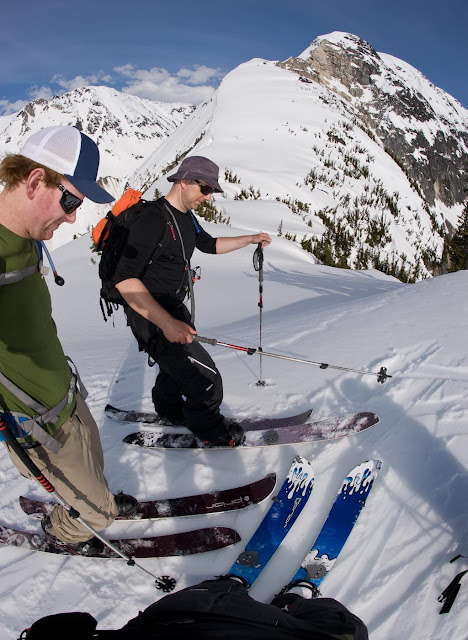 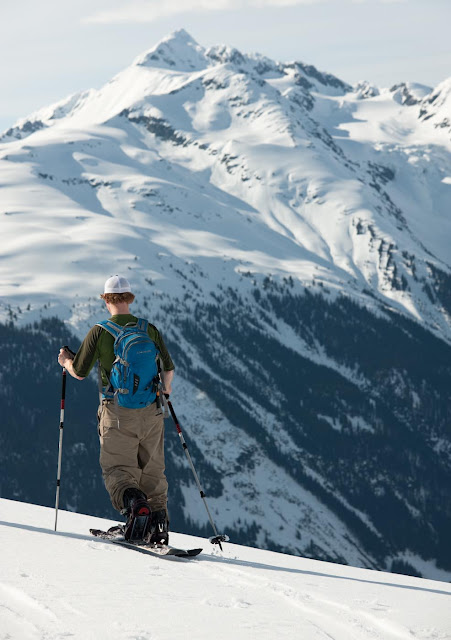 We got a good view of our route up Athelstan we did last June. 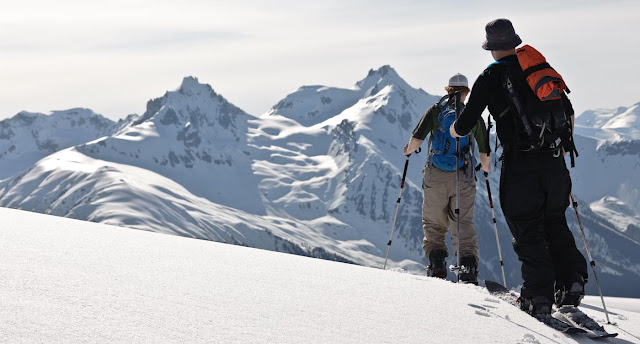 Hard to beat that view. 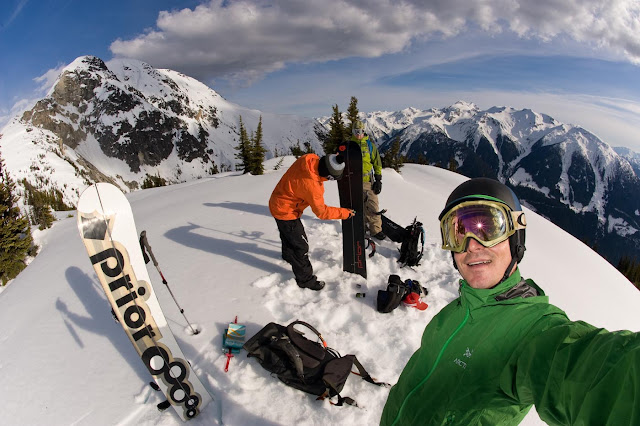 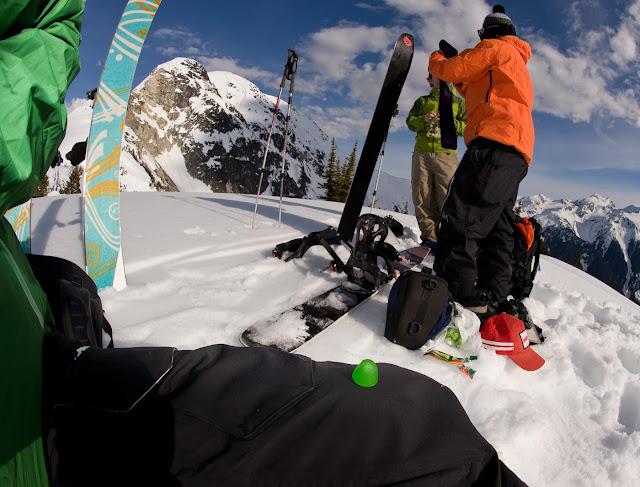 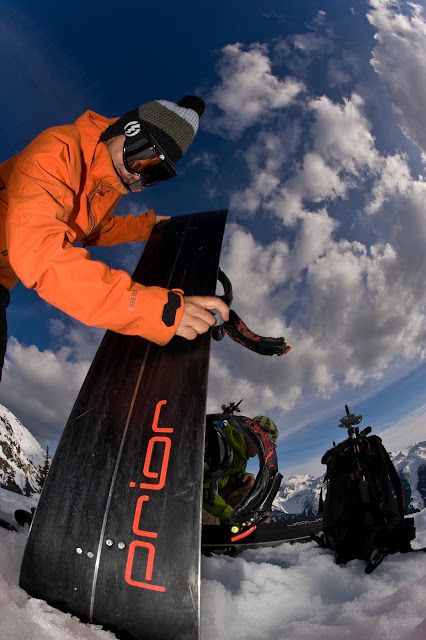 Andy prepares for the decent with a secret race wax. 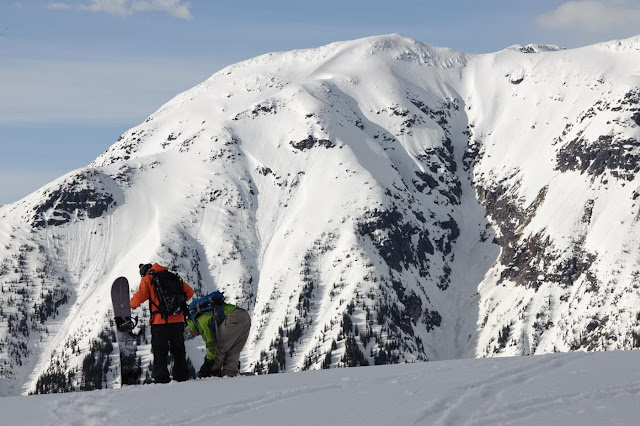 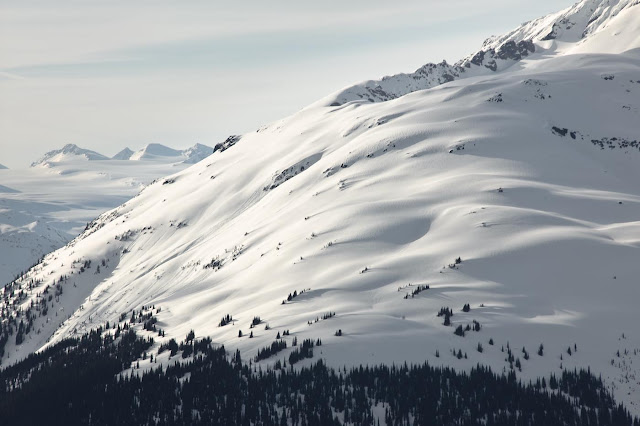 Athelstan's east Ridge and beyond. 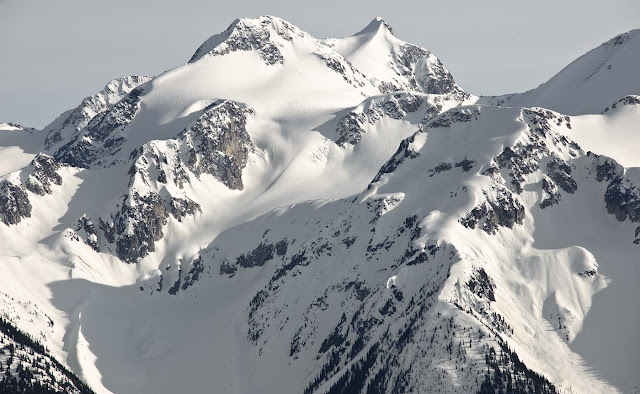 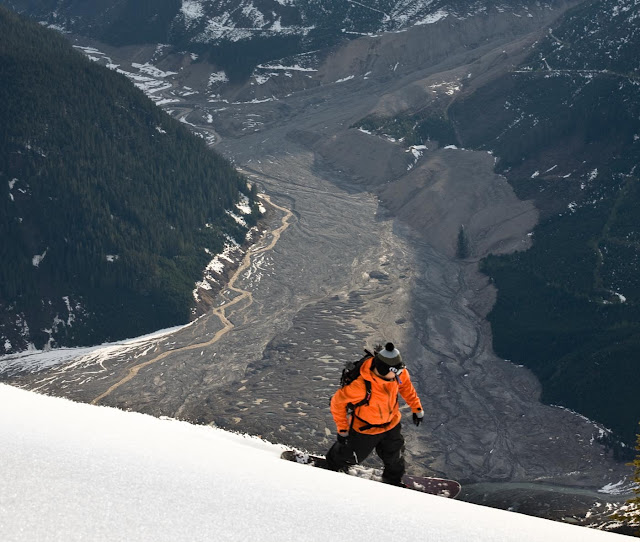 Andy drops in at 6:30pm on perfect corn snow. It's hard to imagine a more dramatic and contrasting back-drop! Mud and Snow. 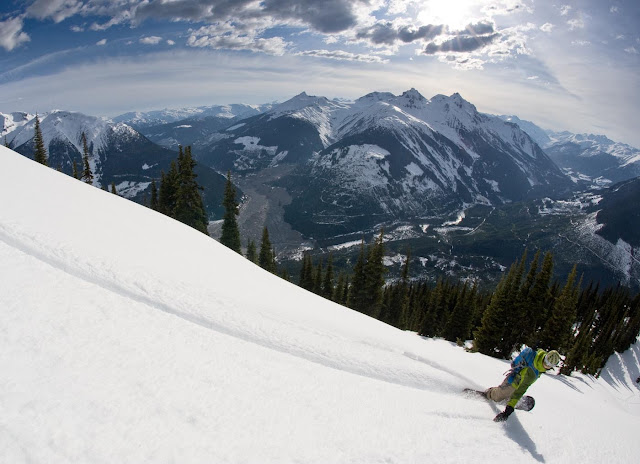 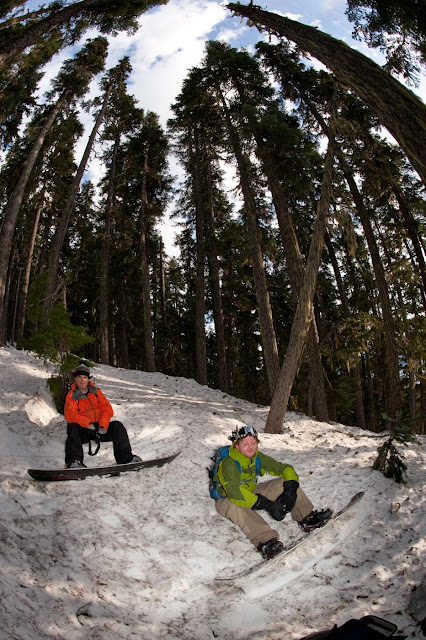 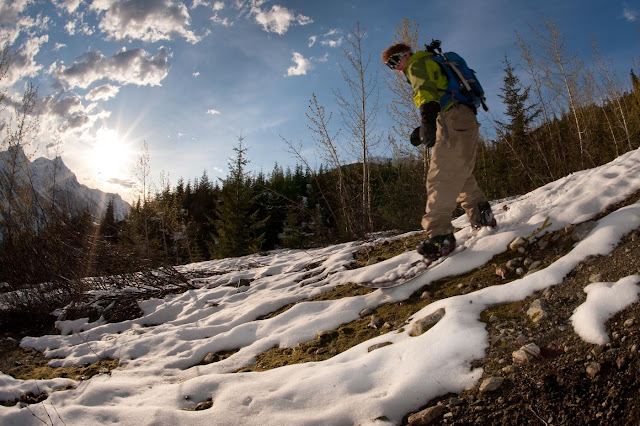 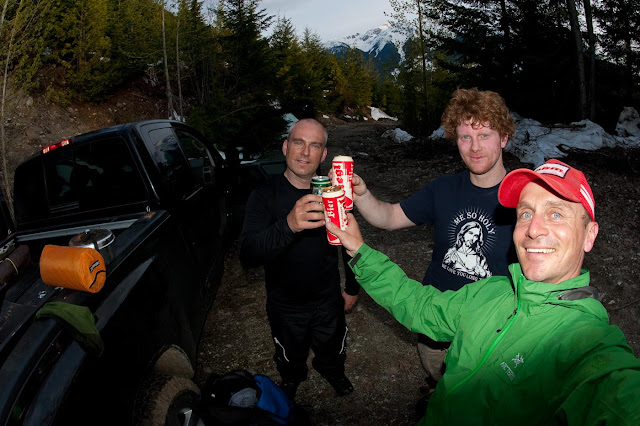